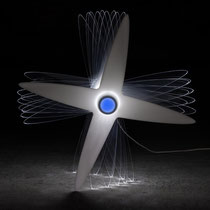 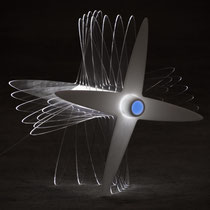 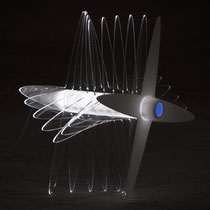 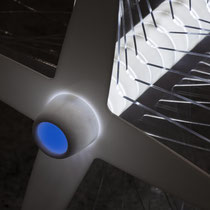 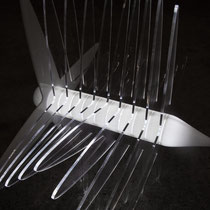 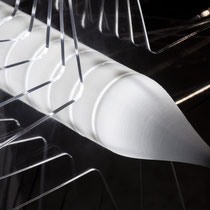 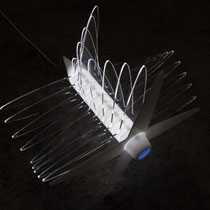 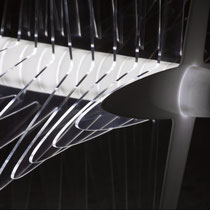 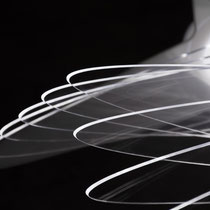 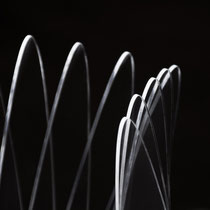 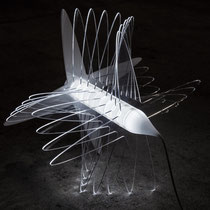 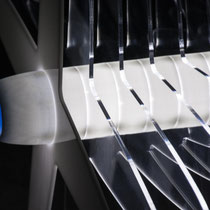 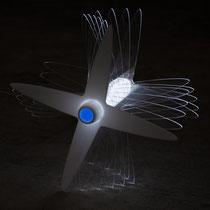 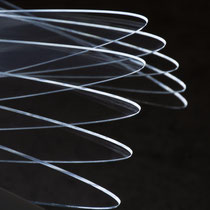 Progression in time and space, decomposition of motion: the inspiration of this series of sculptures comes from observing the rotation of propellers, jet engine blades, from a stroboscopic gazing of plane engines and eddies from boat propellers.

This is the first of the series, and I am currently working on the design of fifteen other models with a view to show the entire set at an exhibition.

In the 19th century, Etienne-Jules Marey and Eadweard Muybridge studied the motions of various animals and individuals: galloping horses, flapping birds, walkers, runners… The principle is the same, this time transposed to the moving parts of planes or boat engines.

The early 20th century Futurism movement shared the same interest to engines and to speed disrupting the perception of time and space.

The rotation and the thrust are captured, in a visualization of all the forces resulting from these flow-powered technological objects like turbines or wind turbines.

I wondered if these creations shouldn’t be called “lightings” instead of “sculptures”, but rather than being used to illuminate the surrounding space, the light is here used to showcase an object.

The use of translucence and refraction of materials turn these creations into even more transient objects, like contrails in the sky or trails in the sea.

There are some inescapable constraints, and gravity is one of them. The objects do not levitate by themselves. And since I loathe bases, I had to find a way to achieve the most “aerial” position possible. And amazingly enough, this led to a design of sculptures reminiscent of bioluminescent marine microorganisms subjected to the flows of water.

This artwork is made of ABS and PMAA, and was made at Artilect, the Fablab of Toulouse. The LED light bars were bespoke designed and made by Patrice Collière from Axeclair.

Séverine Rengnet, Midi-Pyrénées Innovation for her advice in the installation of the project..

Patrice Collière, société Axeclair, for his expertise in electronics and LED lighting..

Cassian koshorst for the photos