Space Shuttle for a weightlessness honeymoon 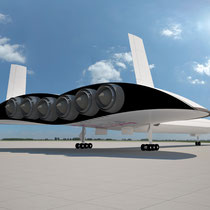 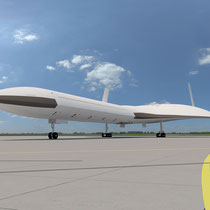 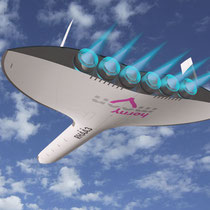 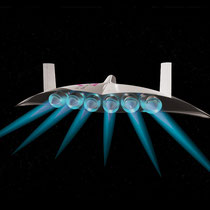 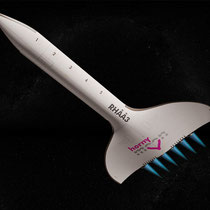 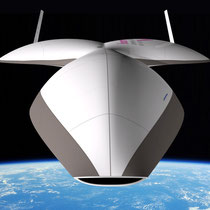 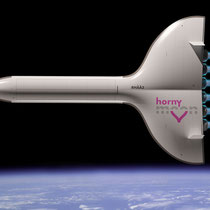 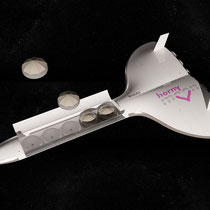 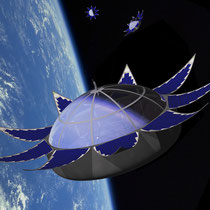 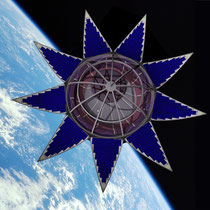 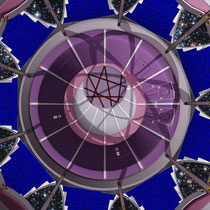 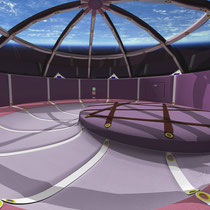 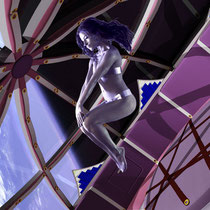 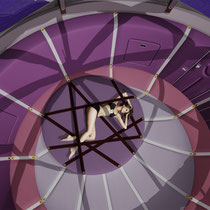 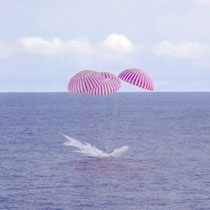 A Space Shuttle for a weightlessness honeymoon in space. Friends and families will offer a unique space experience in zero gravity to the newly weds.

Weightlessness sex must respect a few rules. The idea of zero gravity may mislead people into thinking that it’s a total freedom, while it actually is not. In a weightlessness context, any action triggers a reaction. Hence, one should be particularly attentive not be sent across the capsule and smash into the wall.

The selected solution is a set of straps installed across the surface of the capsule. Everybody is thus free to hold on to the straps or to tie one or several of his limbs, and then enjoy the pleasures of microgravity sex.

The inspiration of the project:

A few years ago, I reflected on the concept of a plane cabin specially fitted out for newly weds during their honeymoon. Obviously, the name of the company would have been “Honeymoon Airways”.

I envisioned several private compartments with removable bulkheads in order to ensure the privacy of each couple.

Each compartment would feature two 180-degree reclining seats that can be converted into a double bed.

Even though such cabin arrangement seemed rather eccentric, there was a real economic potential behind this project. The airplane safety regulations forced me to give up on this idea though, as the flight crew must be able to look inside each private compartment at any times. The privacy of each couple could no longer be preserved, so I had to abandon the project.

Until the day when Maxime Vaeli, the famous corporate mogul, contacted me. Maxime is well known for the multiple success of his “Vestal” brand, which includes several line of business such as air companies, retail networks and a music label.

Maxime wanted to expand his activities into space tourism and was willing to build a low-orbit capsule launching shuttle. We naturally developed the project together. 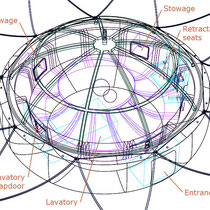 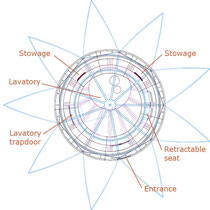 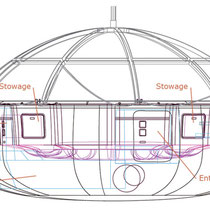 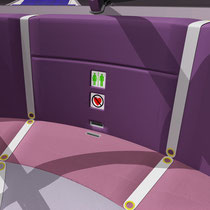 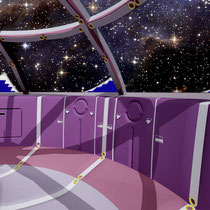 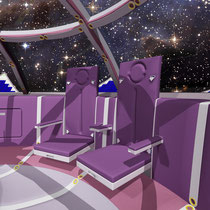 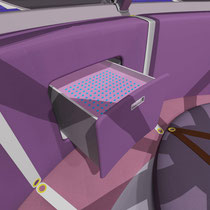 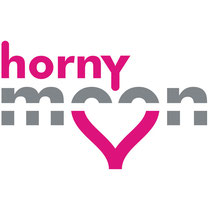 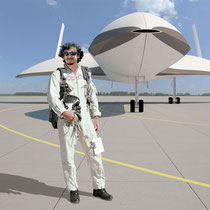 The Shuttle contains five capsules. Each capsule hosts a couple for a 48-hours flight. The capsules are dropped at an altitude of 200 km. Once the flight is finished, each capsule follows an automatic and autonomous return flight.

The capsule features deliberately a floor and a panoramic roof. The passengers must see clear points of reference in order to avoid any disorientation problems.

Storage space can be found in each side of the bedhead (food, drinks, and clothes).

Two retractable seats are securing the newly weds during the lift-off and the splashdown.

Several revolving panels open themselves once the capsule reaches a satellite position.

The open panels offer a wide spatial panorama. The opacity of the cupola can be changed to adjust the luminosity and protect the passengers’ privacy.

The panels are closed for the return trip to Earth in order to protect the capsule during the re-entry into the atmosphere. The base of the capsule is also equipped with a heat shield.

Twelve gas thrusters are spread throughout the periphery of the capsule in order to adjust its course. These thrusters are also used for the return trip to Earth. The descent is slowed down by several parachutes.

Christine Journaux  for her graphic skills

Maxile Lavie for the concept of autonomous capsule

The text above is fictional. Any resemblance to actual events is purely coincidental